Fukagawa is in downtown Tokyo, or Shitamachi. The name comes from a man who was a pioneer at Fukagawa, Fukagawa Yarouuemon, or 深川八郎右衛門.

The picture below is a map of Fukagawa in Edo era. Although just viewing this map might be fun, but if you know how to look at this map, it will be more interesting.

First, the map is colored by the type of the land usage at this time.

White refers to a place where samurais were living, yellow refers to places that were a road or bridges, red refers to shrines and temples, blue refers to water, gray refers to merchant’s house, and green refers to parks and forests. There are some houses with family crests and dots. If there was a family crest on the map, that means a feudal lord and living, if there was a square shaped dot, that means the descendants of a feudal lord was living, and if there was a round shaped dot, that means that it is a secondary resident.  As you can see on the map, the letters are facing a lot of directions, but there is a meaning to this; the letters are facing the doorway. 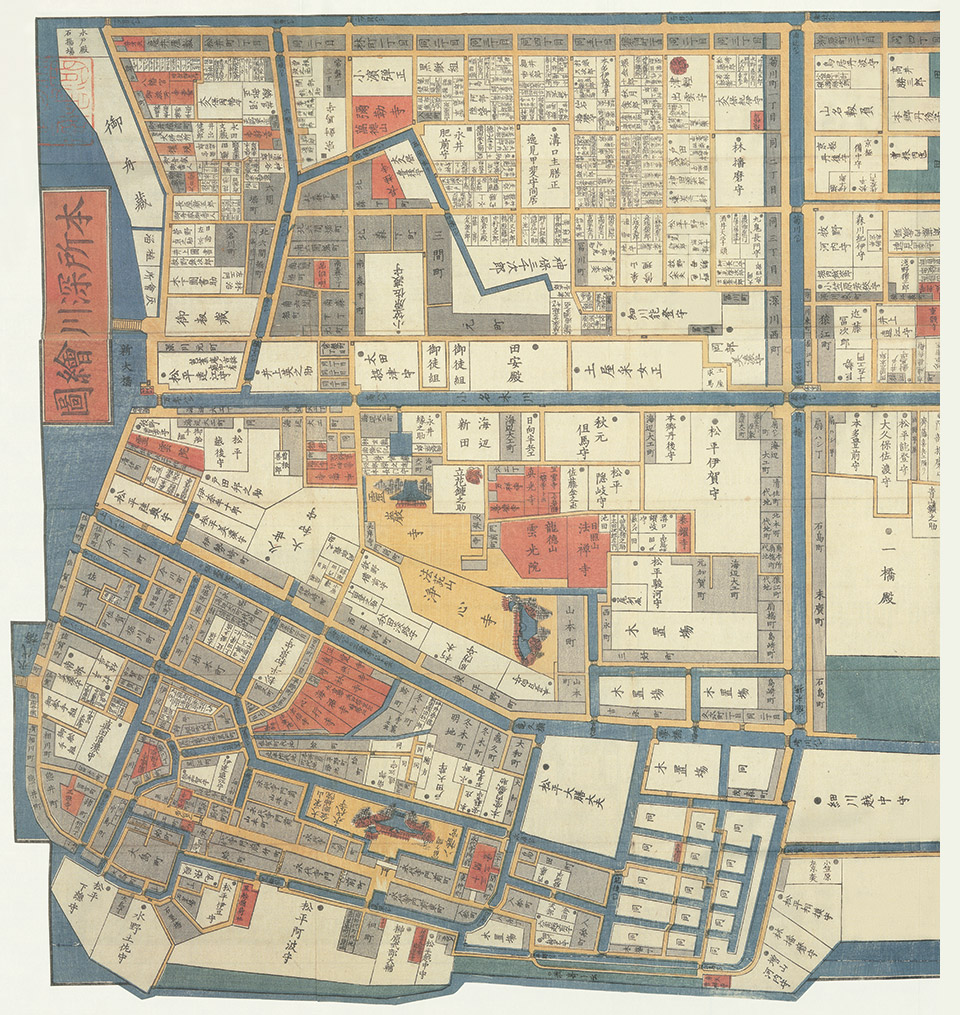 Fukagawa was famous for its rivers and its industries. Most of the rivers in Fukagawa is man-made and since the river run across Fukagawa vertically and horizontally, it became a large product distribution center. If you look at the map above, you can see that in the North of Onagi-river, which is also a man-made river, there are a lot of houses where samurais live. However, if you look the south of Onagi-river, there are a lot of buildings for merchants.

There is an Inari Shrine at number 3 on the map below. It is a shrine that worships Matsuo-Basho, who is a famous poet in Japan. Basho lived in a small hut at this place. Since Fukagawa was not included in Edo, some people think that Basho lived a secluded life. Nonetheless, if you look at the place where Basho Inari Shrine stands, you can see that there are a lot of wholesale stores and warehouses. This means that this place was a lively world. In addition, there was a bridge that connected Fukagawa and Edo, so this place was never suitable to have a retired life.

The large yellow section in the South on the map above is Tomioka-Hachiman. It is indicated on the map below as number 8.  It was established in 1627 as the largest Hachiman-shrine in Tokyo, and was favored by the local people. There were a lot of entertainments like food stands and fund-raising sumo tournaments that are known as Kanjin-Sumo. It is said that Kanjin-Sumo started from this Hachiman shrine. 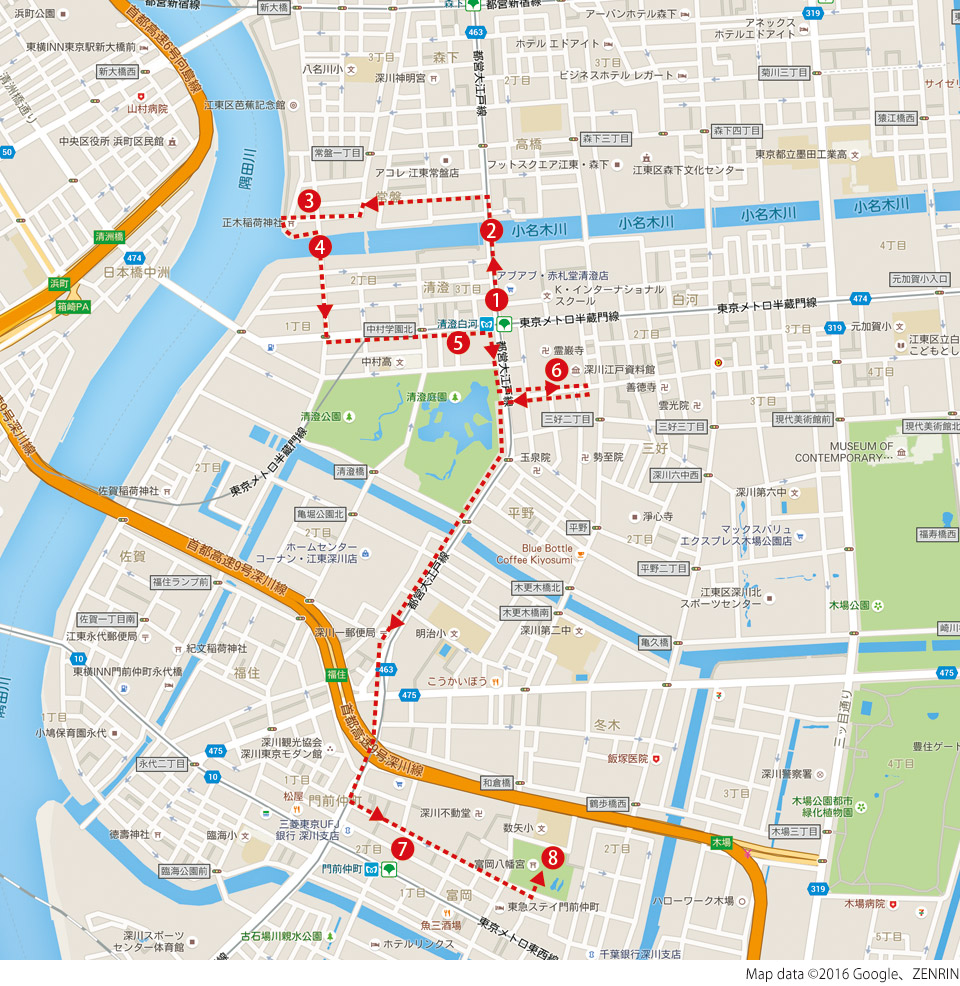